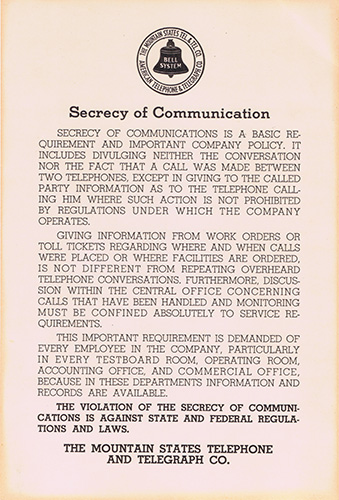 A recurring theme in this blog over the last year has been how the sweeping surveillance technology envisioned by the 2007 US Protect America Act introduces fundamental technical vulnerabilities into the nation's communications infrastructure. These risks should worry law enforcement and the national security community at least as much as they worry civil liberties advocates. A post last October mentioned an analysis that I was writing with Steve Bellovin, Whit Diffie, Susan Landau, Peter Neumann and Jennifer Rexford.

The final version of our paper, "Risking Communications Security: Potential Hazards of the Protect America Act," will be published in the January/February 2008 issue of IEEE Security and Privacy, which hits the stands in a few weeks. But you can download a preprint of our article today at https://www.mattblaze.org/papers/paa-ieee.pdf [PDF]. Remember, you saw it here first.

This week the Senate takes up whether to make the warrantless wiretapping act permanent, so the subject is extremely timely. The technical risks created by unsupervised wiretapping on this scale are enormously serious (and reason enough to urge Congress to let this misguided law expire). But safety and security may be subordinated in the debate to more entrenched interests. In particular, AT&T and other communications carriers have been lobbying hard for an amendment that gives them retroactive immunity from any liability they might have had for turning over Americans' communications and call records to the government, legally or not, before the act passed.

As someone who began his professional career in the Bell System (and who stayed around through several of its successors), the push for telco immunity represents an especially bitter disillusionment for me. Say what you will about the old Phone Company, but respect for customer privacy was once a deeply rooted point of pride in the corporate ethos. There was no faster way to be fired (or worse) than to snoop into call records or facilitate illegal wiretaps, well intentioned or not. And it was genuinely part of the culture; we believed in it, even those of us ordinarily disposed toward a skeptical view of the official company line. Now it all seems like just another bit of cynical, focus-group-tested PR.

Apologies to David Byrne for paraphrasing his hauntingly prescient lyrics. And thanks to Eric Cronin for discovering and scanning the now sadly nostalgic reminder reproduced at right.